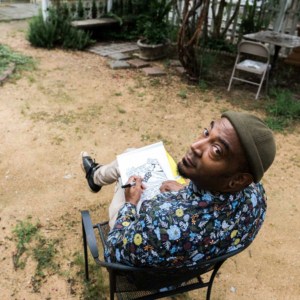 Keith Knight, now an honorary PHD from his alma mater, is a prolific cartoonist whose life inspired the live-action series Woke, currently streaming in its second season on Hulu. His work has appeared in MAD, the Washington Post, the New Yorker and dozens of other publications.  His presentation talks are standing room only in colleges and other venues across the United States and Europe. Among Keith’s many awards are the Glyph Award, the Harvey Kurtzman Award for Best Syndicated Comic Strip, the Inkpot Award from San Diego ComiCon along with receiving a NAACP History Maker Award. He is the current Reuben Awards nominee for Artist of the Year and recently received an honorary doctorate from his alma mater, Salem State University.