Ed Binkley has created fantasy artwork for three decades. His client list includes Lucasfilm, Ltd.,Wizards of the Coast, ImagineFX, and Artifacts Puzzles, among others.

Ed’s work has appeared in a variety of books and magazines worldwide, and has been published in numerous issues of Spectrum: The Best in Contemporary Fantastic Art where he won Gold and Silver awards with six additional award nominations. Ed was one of five Grand Prize winners in IBA Volume 8, and also received the Silver Award in the Drawing Category. He received a Bronze Award in IBA Volume 5, a Chesley Award nomination by the Association of Fantasy and Science Fiction Artists, and he was a finalist in the Beautiful Bizarre Art Award competition in 2019, 2020, and 2021, with his 2021 entry being chosen to publicize the “Animalia” Show at The Haven Gallery sponsored by Beautiful Bizarre. Two of his images also appear in “Masterpieces of Fantasy Art”, a historical survey of fantastic art from the Renaissance to contemporary work, published by Taschen Books of Germany.

Ed was invited to participate in the “Star Wars Visions” book project with Lucasfilm, Ltd., and his work was selected for the project’s debut poster at Comic-Con/San Diego. He was also asked to create a painting for film director George Lucas’s private collection.

He served as a Juror/Judge for IBA Volume-9, as well as a Juror/Judge and Guest Artist for Dragon Con 2018 in Atlanta, Georgia, and returned to Dragon Con 2019 as a Guest Artist. He was a Featured Artist and Speaker at CTN Animation Expo 2019 in Burbank, California, and his work has twice been exhibited at the Museum of American Illustration at the Society of Illustrators in New York. Ed recently served as a panel member to discuss “Finding Your Artistic Voice” for LightBox Expo 2021. He was an award finalist in the Share One Planet invitational exhibition in

Beijing sponsored by The People’s Republic of China, and his work is included in two issues of Fantasy Plus: The World’s Best Digital Artists published by CYPI Press in London. He is a featured artist in the anthology Sketching From the Imagination published by 3DTotal, and his work has been featured in four issues of ImagineFX magazine including complete video tutorials in 2014 and 2016. Ed is featured in published interviews with Tor.com and Bizzarre Magazine along with selected works of art, and a published interview with Artifacts Puzzles to accompany a commissioned illustration. He has also been featured in Drawing magazine, 2DArtist magazine, and various overseas periodicals including Kunst magazine in Denmark,

CG Magazine in Russia, and Artist-Teacher magazine in Taiwan.

Ed holds MFA and BFA degrees in drawing and printmaking. He recently retired from a thirty-year teaching career. Ed lives in Madison, Wisconsin, with his wife
Lisa, who is also an accomplished artist.

“The Enchanted Brush” 2015 thru 2021 — The Mazza Museum of Picture Book Art, Findlay, Ohio; Invitational exhibition; The Mazza Museum is home to the world’s largest collection of picture-book art.

“The Best of Spectrum” — The Society of Illustrators, The Museum of American Illustration, 2014 and 2009

Award Finalist, “Share One Planet,” invitational exhibition and competition sponsored by The Peoples’ Republic of China;  Exhibition held in Beijing.

Star Wars: Visions published by Abrams Books, Invited by George Lucas to participate as one of 100 artists worldwide

Sketching From the Imagination — Featured artist, Published by 3DTotal, London, 2014

The Book, Jacket, and Journal Show of the Association of American University Presses International touring exhibit throughout North America, Europe, and Japan 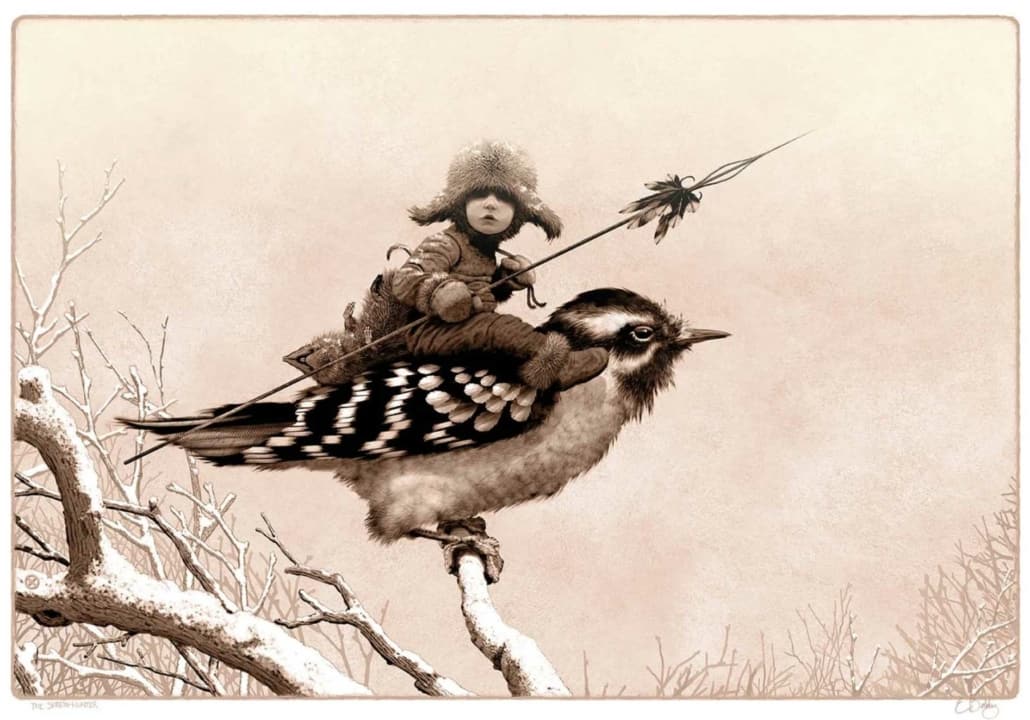 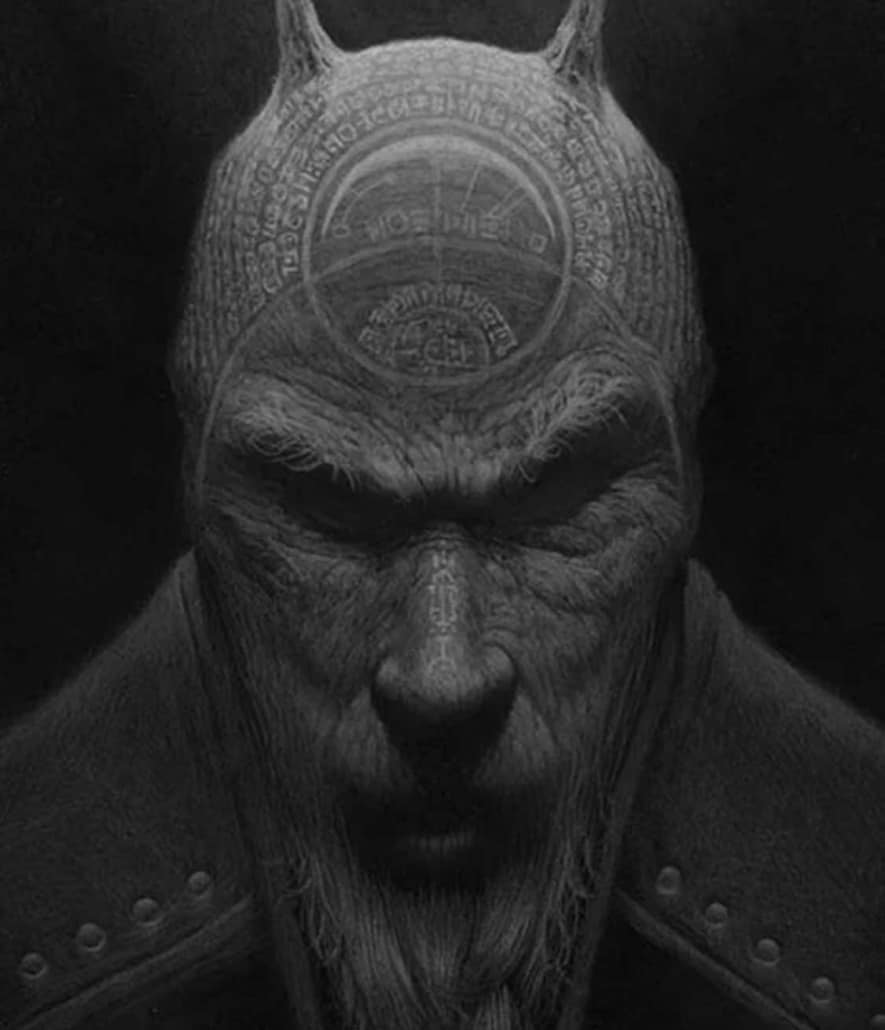 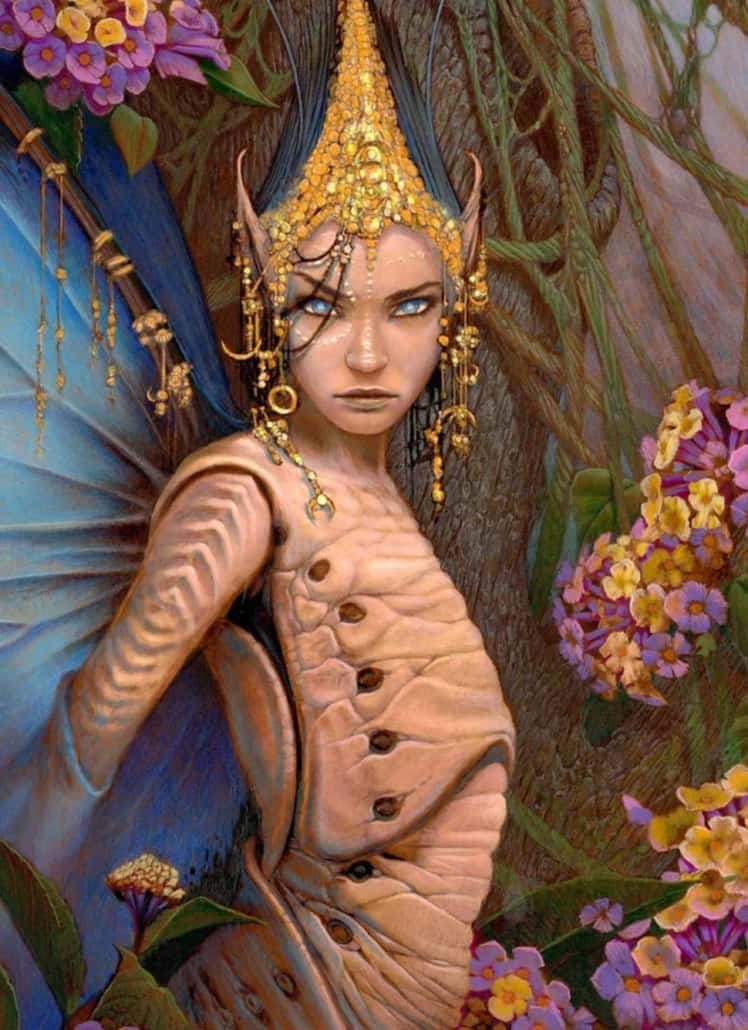 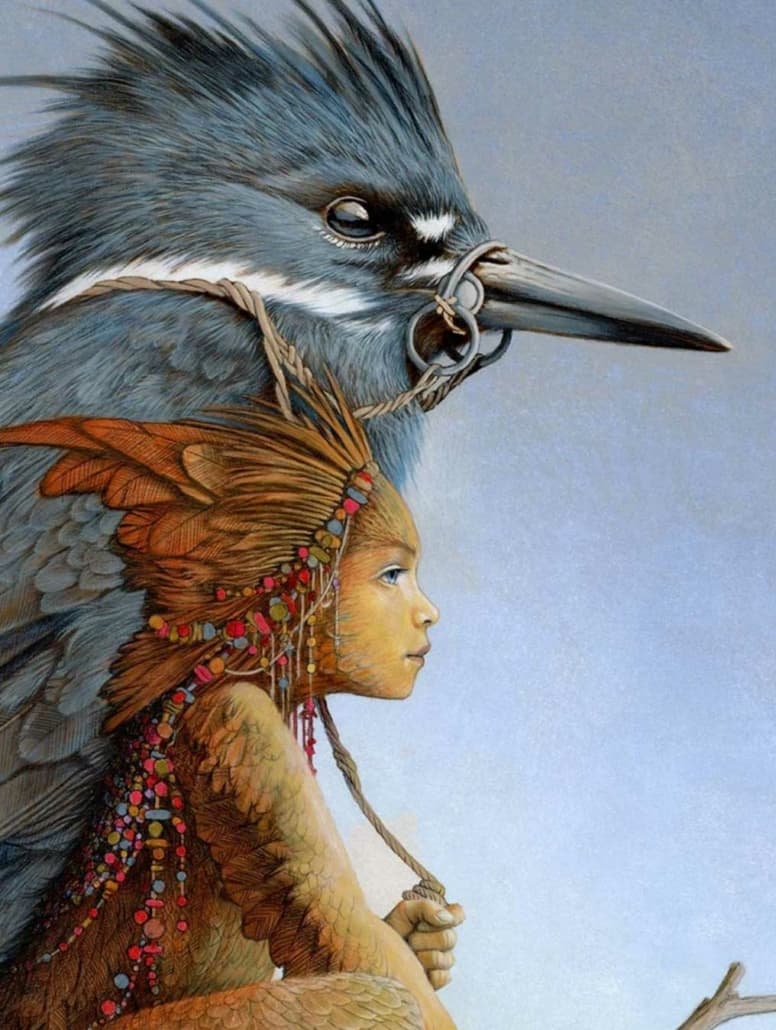 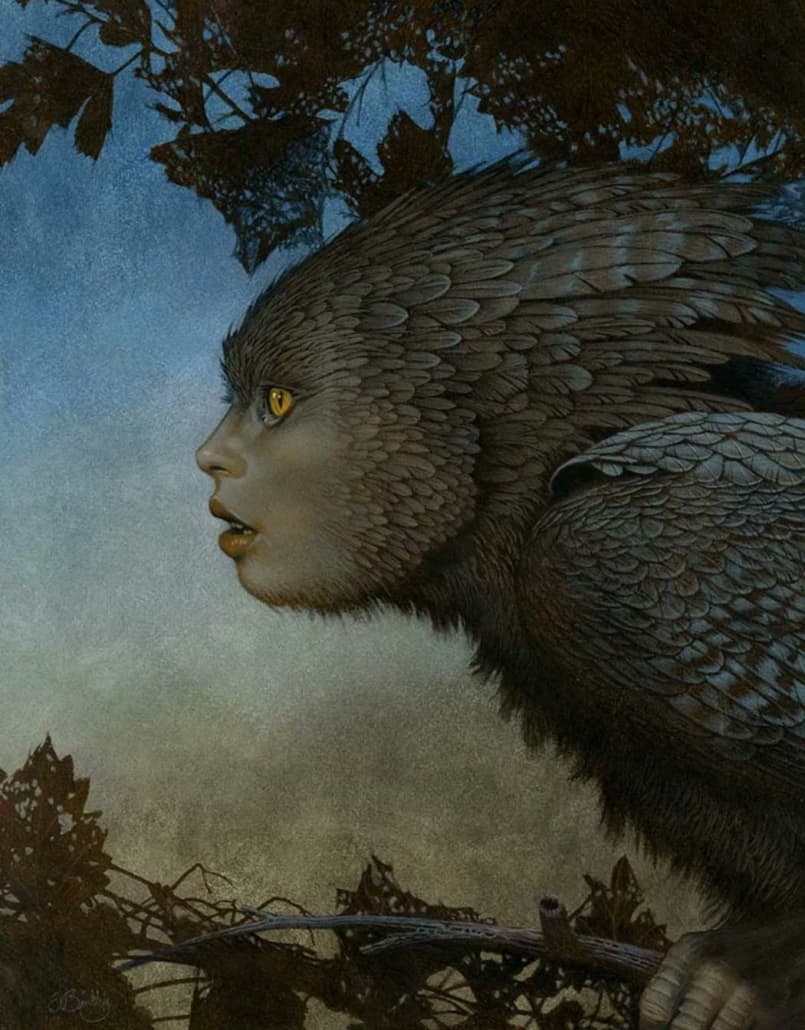 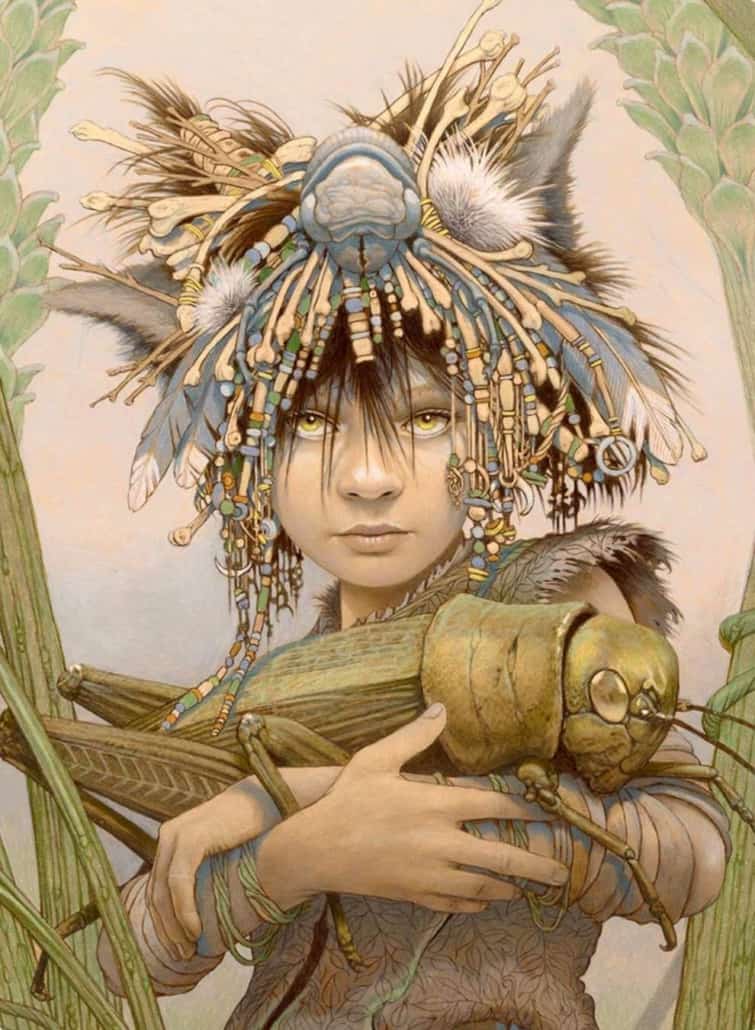 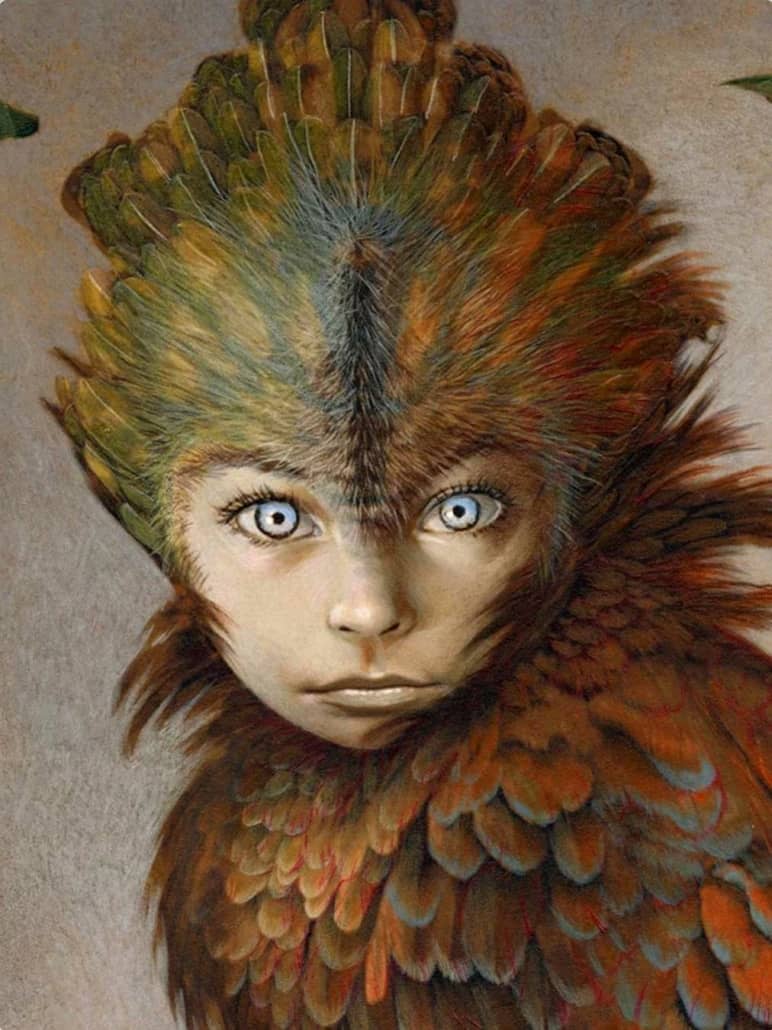